Just before I left for the US in August, one if my cycling friends, Mark, asked if I wanted to join him and a couple his mates for a weekend in Flanders when I got back…..do I?

I have never been to Flanders and like most cyclists, I sit glued to the TV in the early part of the season watching the pros, wondering what it must be like to climb those cobbled bergs.

The plan was for Scott, Rob and I to meet up at Mark’s place of work around 18:30 Thursday night, catch the Eurotunnel to Calais at 23:30, and hopefully get to our weekend digs at about 02:30. That was the plan, and we did our bit. However, sat at the terminal at 23:15, waiting to board, we were told that there had been a backlog from previous crossings and we would have to take the 01:30. Nice!

So we sat in the van, in the pouring rain for two hours, grabbing some shut-eye when we could.

We were staying in a cabin on a campsite in Ruien, not far from Oude Kwaremont, so arriving at 05:30 did not cause too much of a problem. The journey from Calais was in continuous rain, so didn’t bode well for the weekend. As we arrived, we picked our beds, dived in and got a few hours sleep.

I don’t know if it was sleeping in the sleep in my bag, or dehydration, but I woke at about 07:30 with cramp in both calves. Ouch! The right one sorted itself, but the left one made me hobble all day.

It was about 10:00 by the time we all started to come round and got breakfast and first brew of the day. The weather was beautiful, so we planned to have a reasonable size day, taking in as many climbs as we could, heading West to Geraadsberg, then loop back home. 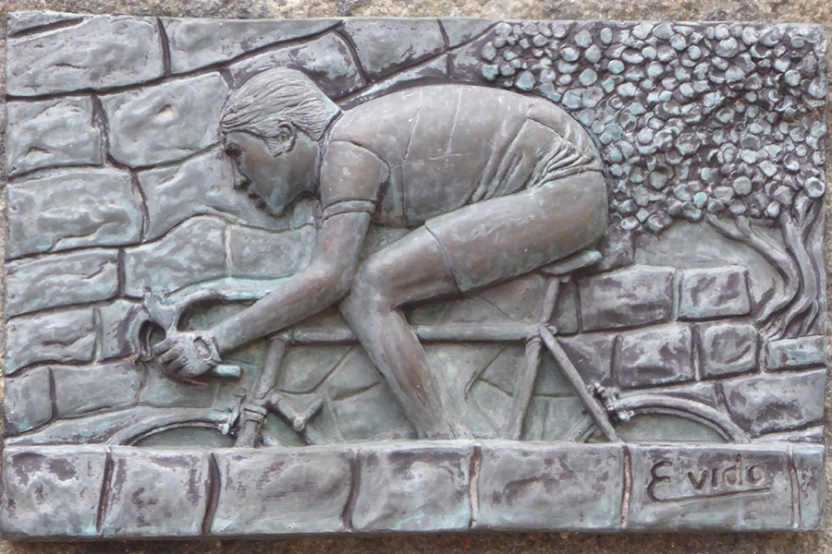 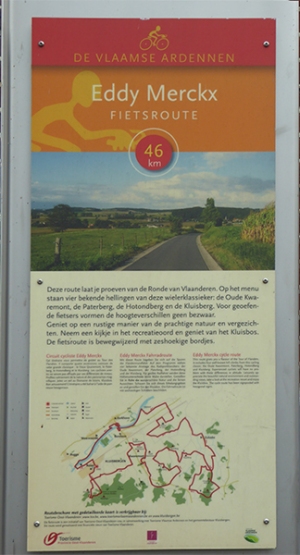 We pass the monument to Eddy Merckx , stood at the side of the Eddy Merckx cycle route. We hit the pan flat cycle route out of town and within 5Km we were at the bottom of Oude Kwaremont, a 3Km cobbled climb. The road takes you up steeply through the village of Kwaremont, with its large church, before levelling to a long steady ramp all the way to the top, but still cobbled. 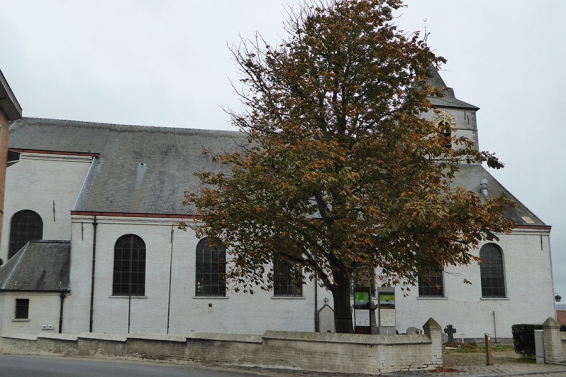 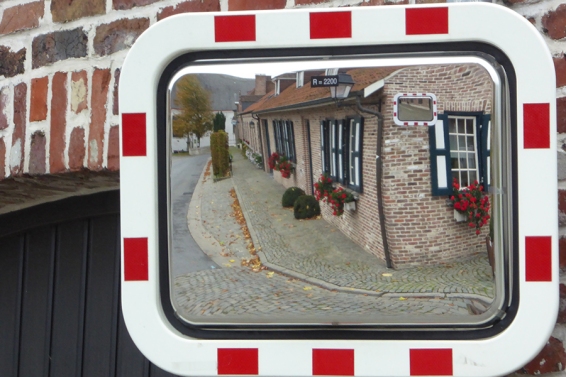 As you drop off this climb you hit the base of the Paterberg, only 0.35Km, but 12% and cobbled. Once over the Paterberg, we roll along until we reach the Koppenberg, less than 16.5Km and we are on the third berg. We drop down the other side and across the N60, taking a left, down what turned out to be the stretch that I found the most difficult, sections known as Steenbreekdriies and Stationberg.

The road is cobbled as soon as you get off the N60, then it starts to climb, gently at first, then up to 11%, then left at the junction and it ramps back up to 8%, then back up to 12%. Once over the crest it dives down and across the railway crossing and left. This downhill section is so bumpy your hands start to feel numb. I know there is a knack to riding these cobbles, and I also know I haven’t developed it yet!

We then move on to the Taaienberg, 1.4Km long, with 25%+ ramp to start, then it levels to a gentle 8% at the top, just for good measure. Thankfully, its a slow climb, as I drop the front wheel in to the gully at the side of the cobbles and it slides away on the damp leafs. Well, hopefully, that’s my fall out of the way, and luckily I bounce, get back up and carry on.

We drop off the top and make our way to Geraadsbergen, over several more ramps, but none of them cobbled, and much easier for it. As we approach Geraadsbergen, over the river bridge and left in to the square, the sight is so familiar. You start the cobbled climb, past the church and take a right turn, then continue to climb and the Muur get narrower and steeper, until it pops out at the chapel. So iconic. 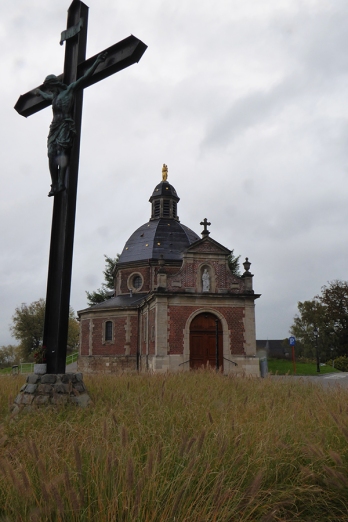 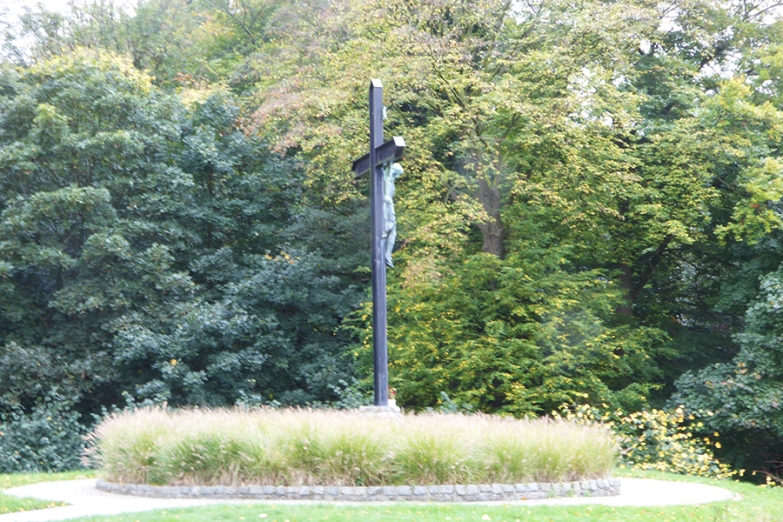 We roll back down to the Taverne Hemerijck for nice lunch.  After lunch we continue West for a short while, then start to climb the Bosberg. Further along we approach Flobecq and head up a beautiful climb, to La Houppe, through the trees, the Bois de Pottleberg, with the sun shining through. This is where our route for the day crosses in a figure of eight. The next step is on to the Kanarieberg, the Fortuinberg and then we head for the town of Ronse.

In Ronse we take a right turn up this innocuous little street, which then turns to cobbles and points skyward at between 6% and 20%. I never saw that coming, this was the Oude Kruisberg, which brings you back out on the N60. We take a left on to the N60 and drop down back in to Ronse and take a stop in the park near the painted houses. 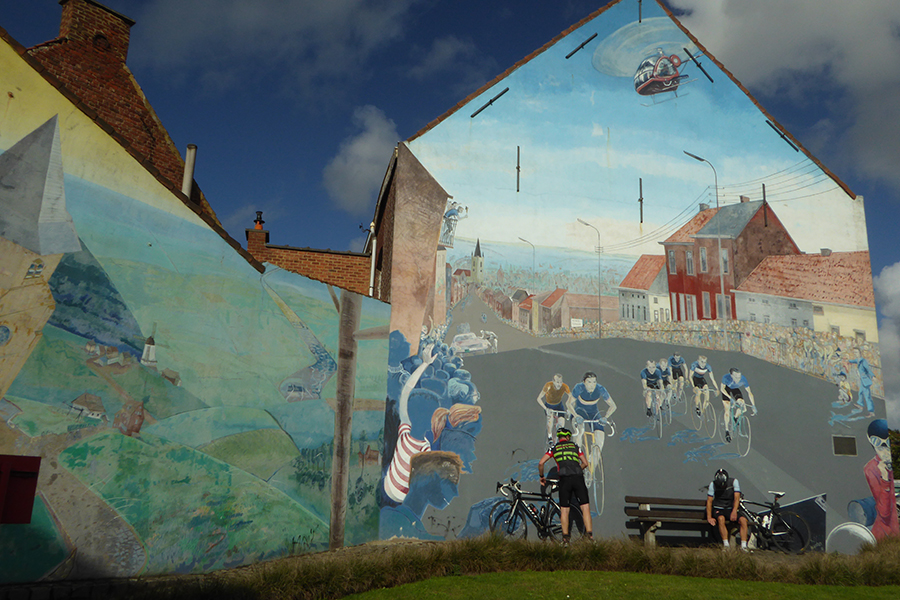 Next stop, the Scherpenberg, 2Km long and ramping up to 22%, at it’s worst, but at least it is surfaced, no cobbles, so slightly easier. We are not far from the campsite now and we climb one final ramp, but we notice that we are starting to lose daylight now. It is around 17:30, so we decide to take a shortcut, one that the guys have used before, but it is off-road.

We turn on to the road and it is loose, and its getting dark, so we take it steady. Well, most of us do, but one, who shall remain nameless, shouts “sorry” as he flies down the left hand side, hits a rough section, and punctures the front tyre. That was never going to end well. We get the tube changed and there are no broken bones, just hurt pride, so we head to a small village bar for a top-up.

The day worked out at just over 106Km and we never went above 150m in elevation. However, we did hit 150m several times, up steep cobbled ramps in a lot of cases, bringing the total ascent to 1560m. A good day out, on limited sleep 🙂

Saturday morning we are awake in good time, but struggle to get going before 11:00, as there has been some rain, which looks to be clearing.

We start the day with 10Km on the flat cycle route, which gives our legs time to wake up after yesterday, and prepare them for what comes next. 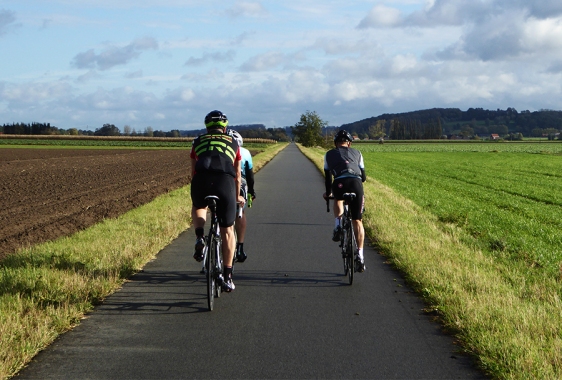 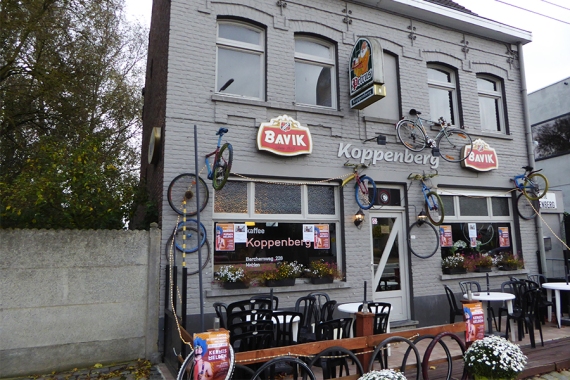 Just before we take the right turn there is a bar announcing our destination “Koppenberg”, approached from a different angle today, but still as tough, plus it is now damp, which adds interest. Once over the top I realise we are approaching my nemesis, “Steenbreekdriies and Stationberg”, the sections that I struggled on yesterday. I struggled today as well.

From here we were follow the same route as yesterday for a while, which leads us on to the Taaienberg, and today I managed to stay upright, and I got up it 20 seconds quicker, so I can’t have been on the floor long, because I know I was a lot slower today.

The route changed at this point and we headed downhill back to Ronse, and back up the Kruisberg. At the top we take a right turn today, on to the N60, then left on to the N36. Once on the N36 we climb the Hotonberg and the Karnemelkbeek, where we spot a great bar at the side of the road, D’oude Hoeve. 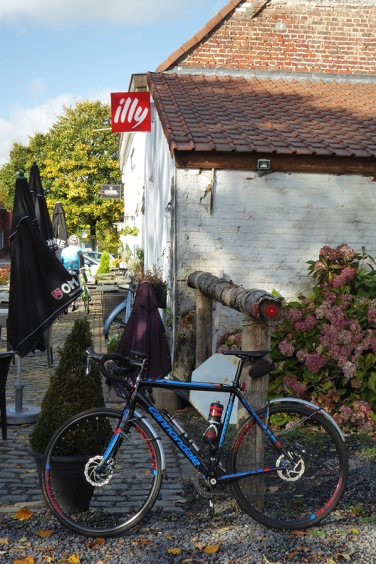 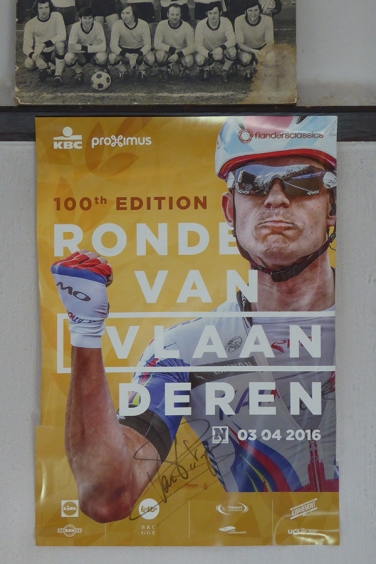 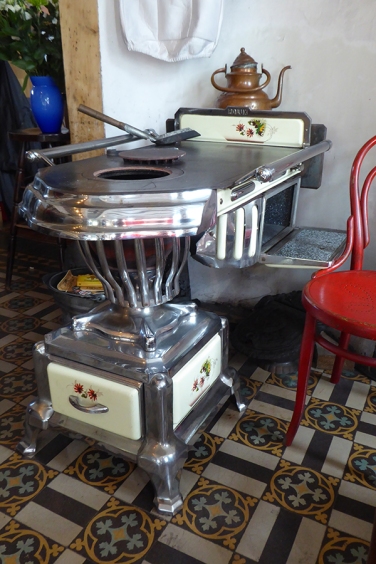 It was a cool bar, very welcoming and very cyclist friendly.

After a break, we descended almost down to the road we had used heading out this morning, but instead, we take a right turn and join the Oude Kwaremont, for one final climb. At the top we drop back on to the N35 and down the Hoogweg back to the campsite at Ruien. A really good day out. 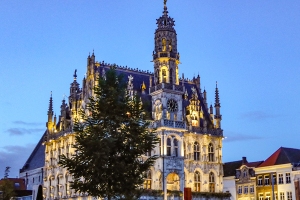 We drive in to Oudenaarde for a meal on Saturday evening and have a look around town. We are sadly too late for the Centrum Ronde van Vlaanderen, but that is another reason for me to go back to Flanders.

The Stadhuis (right) was lit up, and looked beautiful. They are in the process of rebuilding the space in front of it, so I had to crop it out of the image, but it will be amazing when finished.

We had not planned to ride on Sunday as we planed to drive to the Cyclo-Cross World Cup event at Koksijde, closer to the coast and on the way to Calais.

On the way to Koksijde we dropped in to Ypres (Ieper) to meet some of Mark’s friends, get a coffee and have quick explore.

Ypres is stunning and well worth a return visit. The Menin Gate is truly breath-taking in many ways, the edifice itself, but also the tribute to all those 55,000 named soldiers that died in the wars. 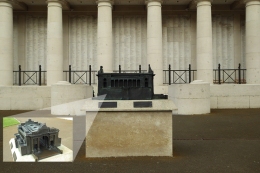 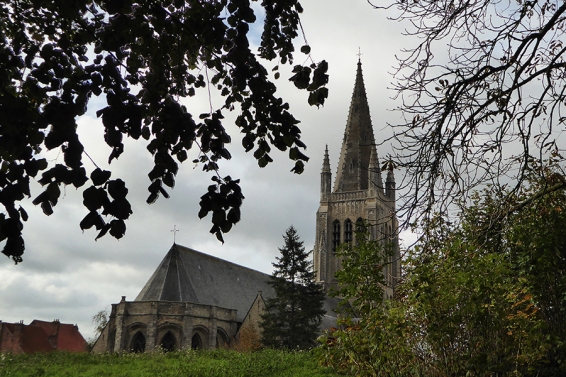 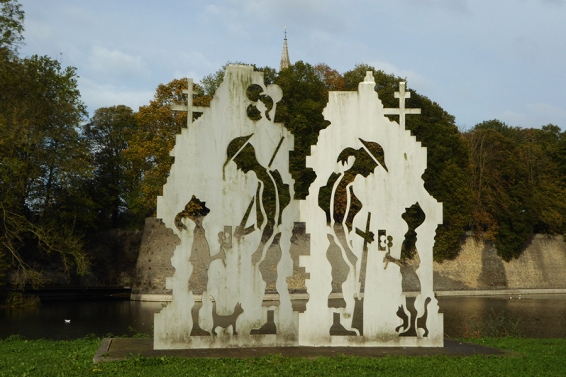 The cyclo-cross event was really good fun and a completely unique atmosphere, frittes/mayo and all. 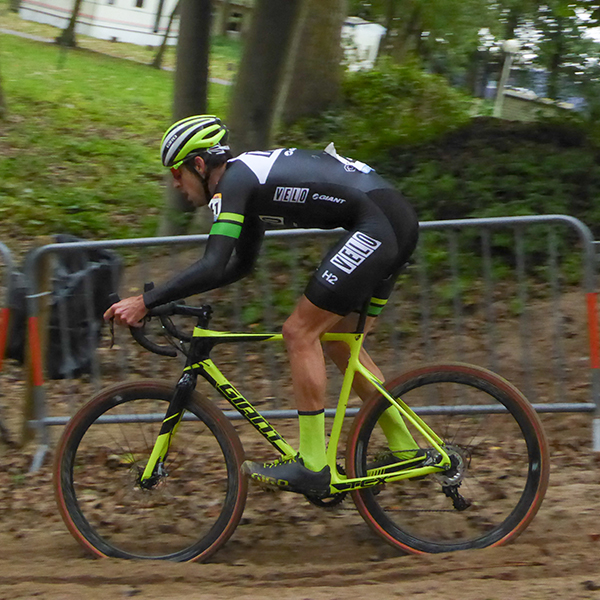 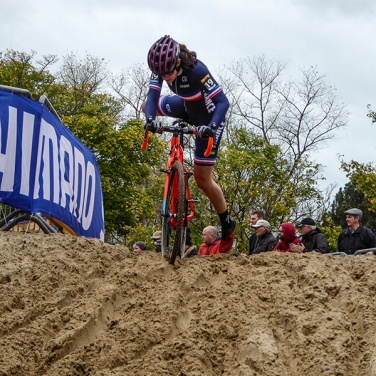 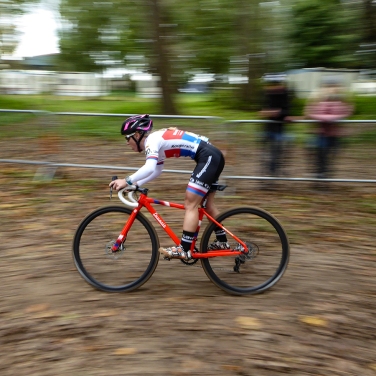 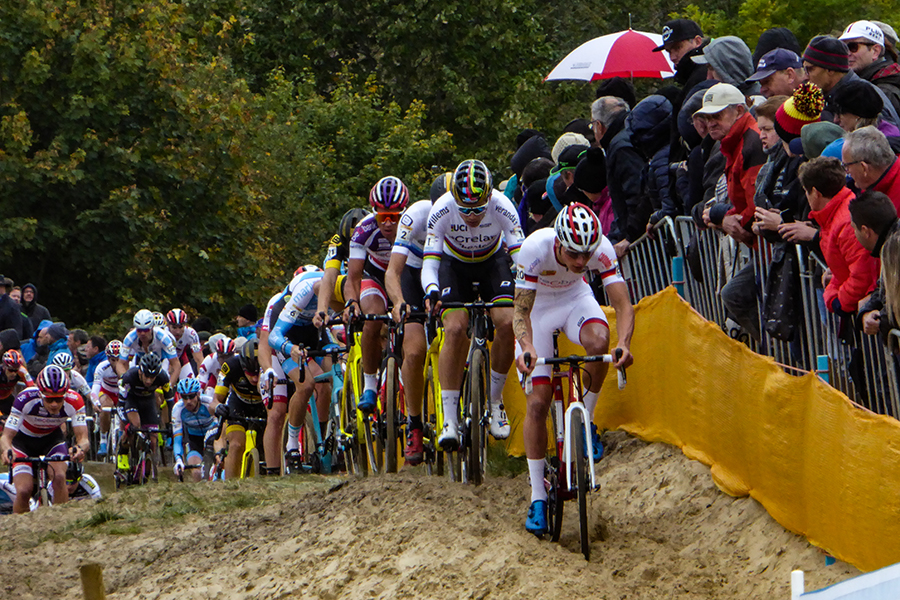 Then back to the Eurotunnel at Calais, just as the sun starts to set. 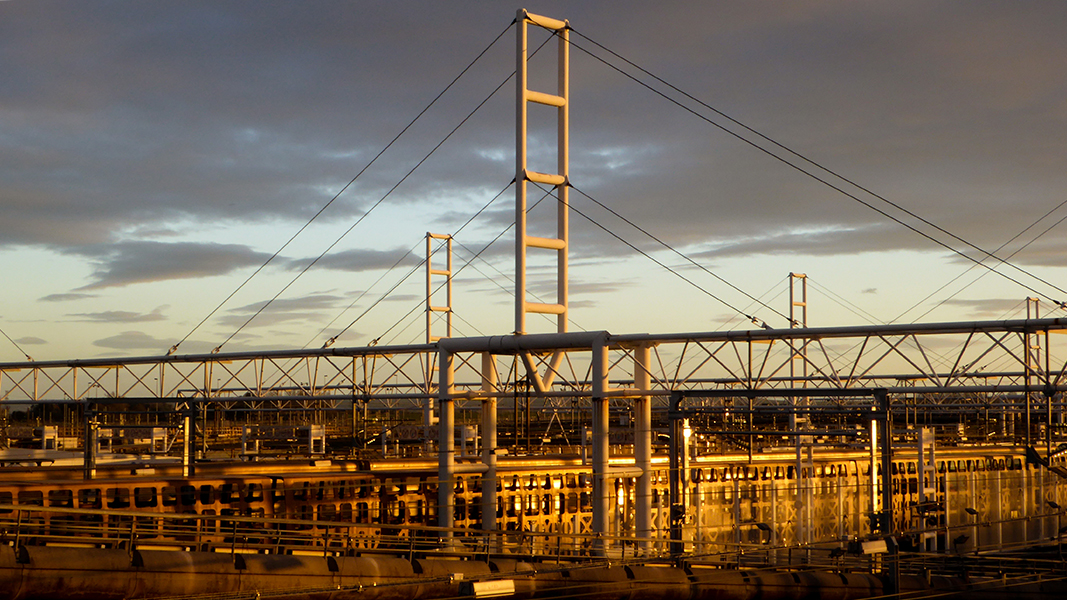 An afternoon on the Grand Union Canal, with a low sun and the colours of autumn.
Stormy skies over Studley, Ripon.
A very moody Cévennes, with rain rolling on the tops at 1000m.
A lovely winter sunset over the Humber Bridge, seen from Hessle Foreshore.
Pont Valentré in Cahors, France. Viewed from the Northside, there is a small dam on the Lot creating a pool of still water, ideal for seeing the reflection of the bridge.
Photographing photographers on a stunning Coniston water in the early morning fog.
Refilling the boiler with water on the North Yorkshire Moors Railway, Pickering.
Past it's best, a weather beaten boat, one of many on the River Alde, in Orford.
Beautiful sunrise in the Sierra Nevada.
The stunning Pont Valentré crossing the Lot in Cahors, France. #reflections #waterreflection #Earthpix #Ourplanetdaily #Naturephotography #Nature_perfection #Thegreatoutdoors #Landscapephotography #Exploretocreate #Wildernessculture #Lifeofadventure #bvsquad #welltravelled #travelphotographer #france #lovefrance
Follow Tales from the Saddle on WordPress.com
Loading Comments...
%d bloggers like this: